Bit restricted at the moment due to the husbandly chores of looking after a poorly wife who is recovering from an operation and doesn't have any use of her hands.  I know realise how hard it is for her to look after me, as she doesn't demand request a 10th of what I seem to do.  Anyway I can now use the Washing Machine and the Tumble Dryer and have even washed floors.  On Sunday she sent me for a couple of hours to Big Waters for the normal Sunday Walk which was really enjoyable as there was no wind, no rain and it was quite warm.  I did miss my early Sunday morning jaunt to Howdon Wetlands though.  Didn't do a lot of photography, just too busy looking at the scenery and listening to the chatter of the guys, nice to be out (happy grin on face).  So here are a couple of things we saw and I managed to get a picture of.

First of all this picture was taken last weekend but I have just got round to looking at them as I was only at Big Waters for an hour and a half as I went to the Remembrance Day Ceremony.  It is a snap of a Grey Heron, usually quite a graceful looking bird in flight but this time it was being hassled by Crows and wasn't its normal serene looking itself as it came into land 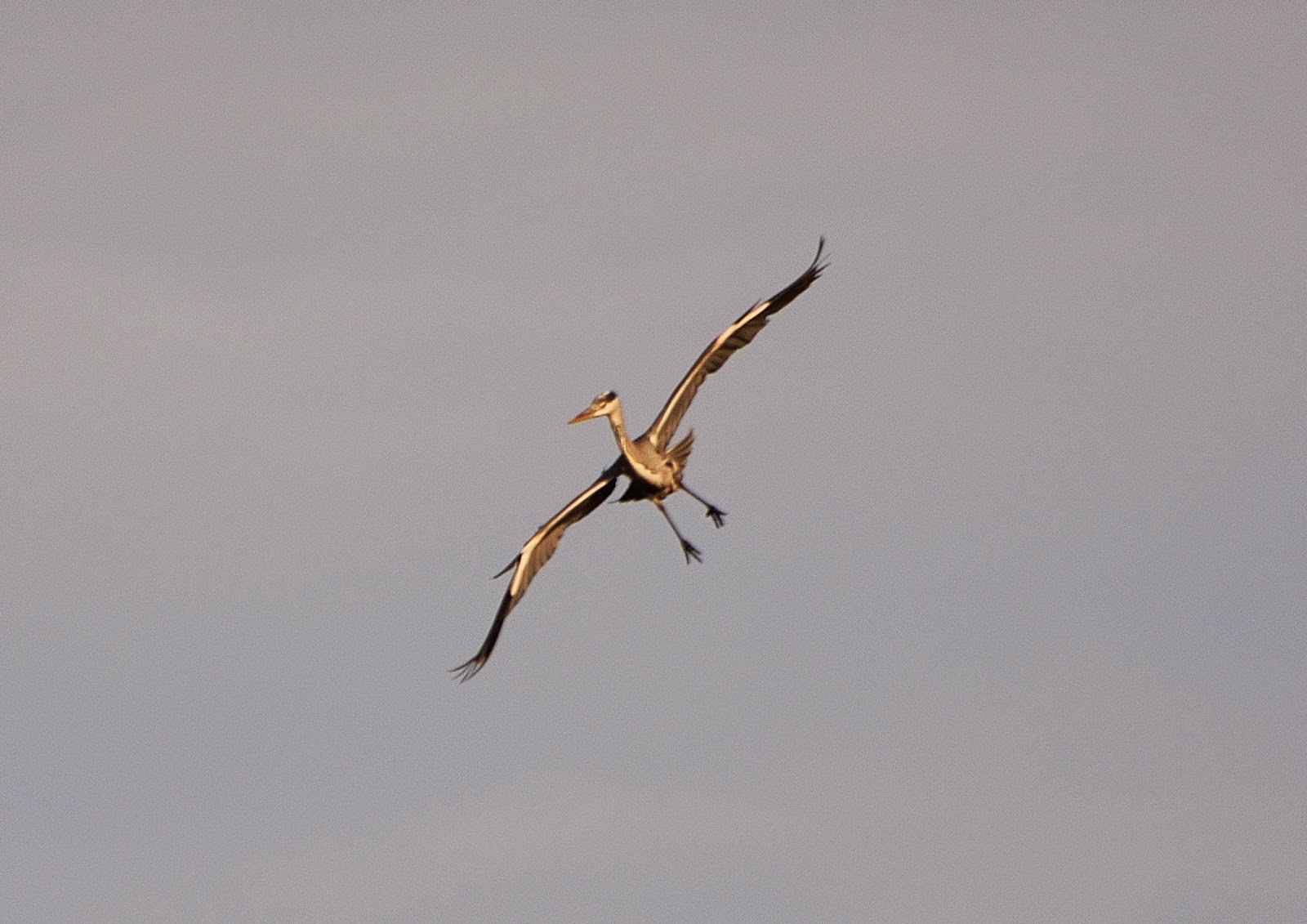 A Sparrowhawk on the North Scrape surveying its Killing Ground.  During the week a Sparrowhawk made 13 passes through the Feeding Station during a few hours someone was there. 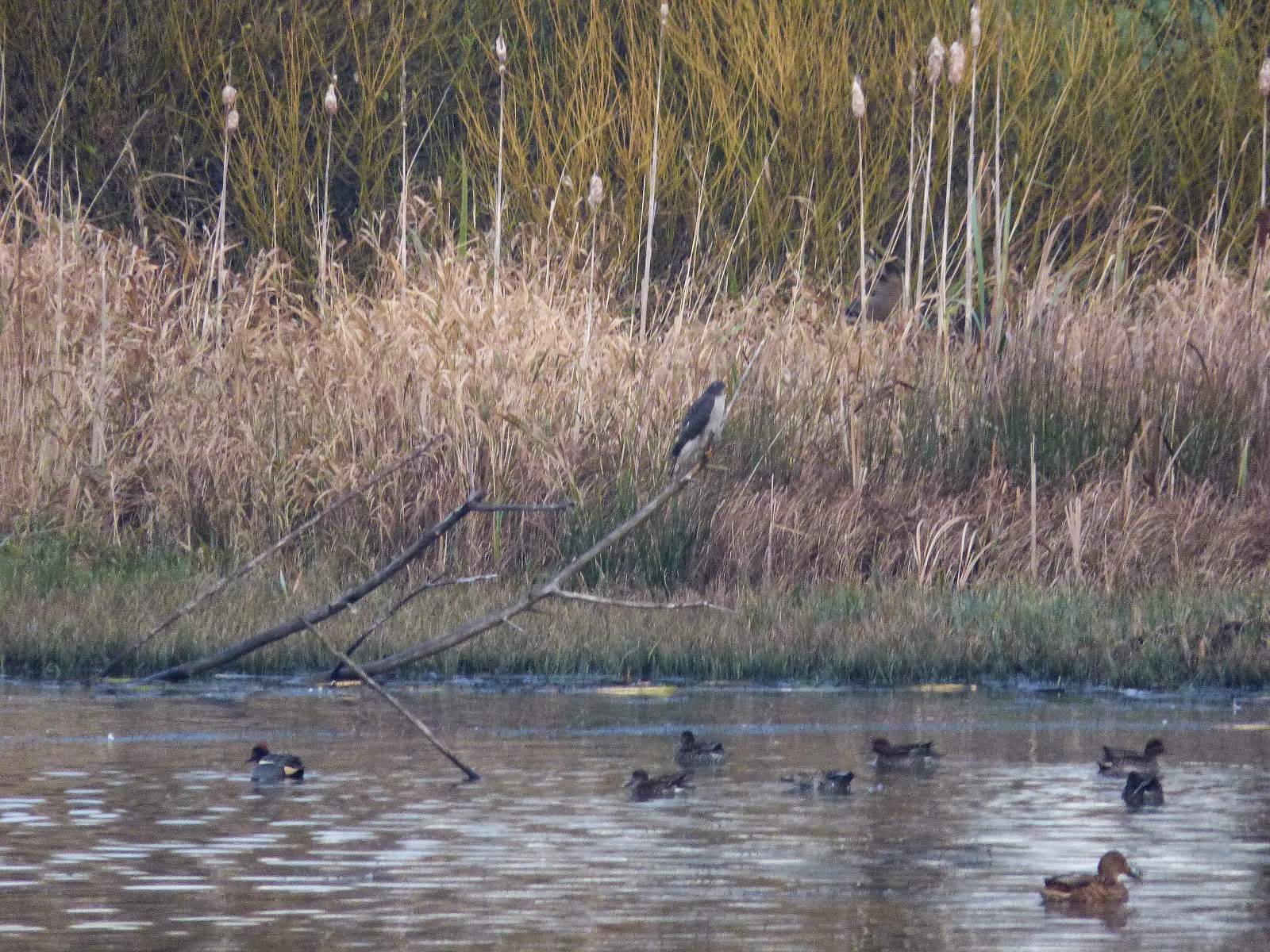 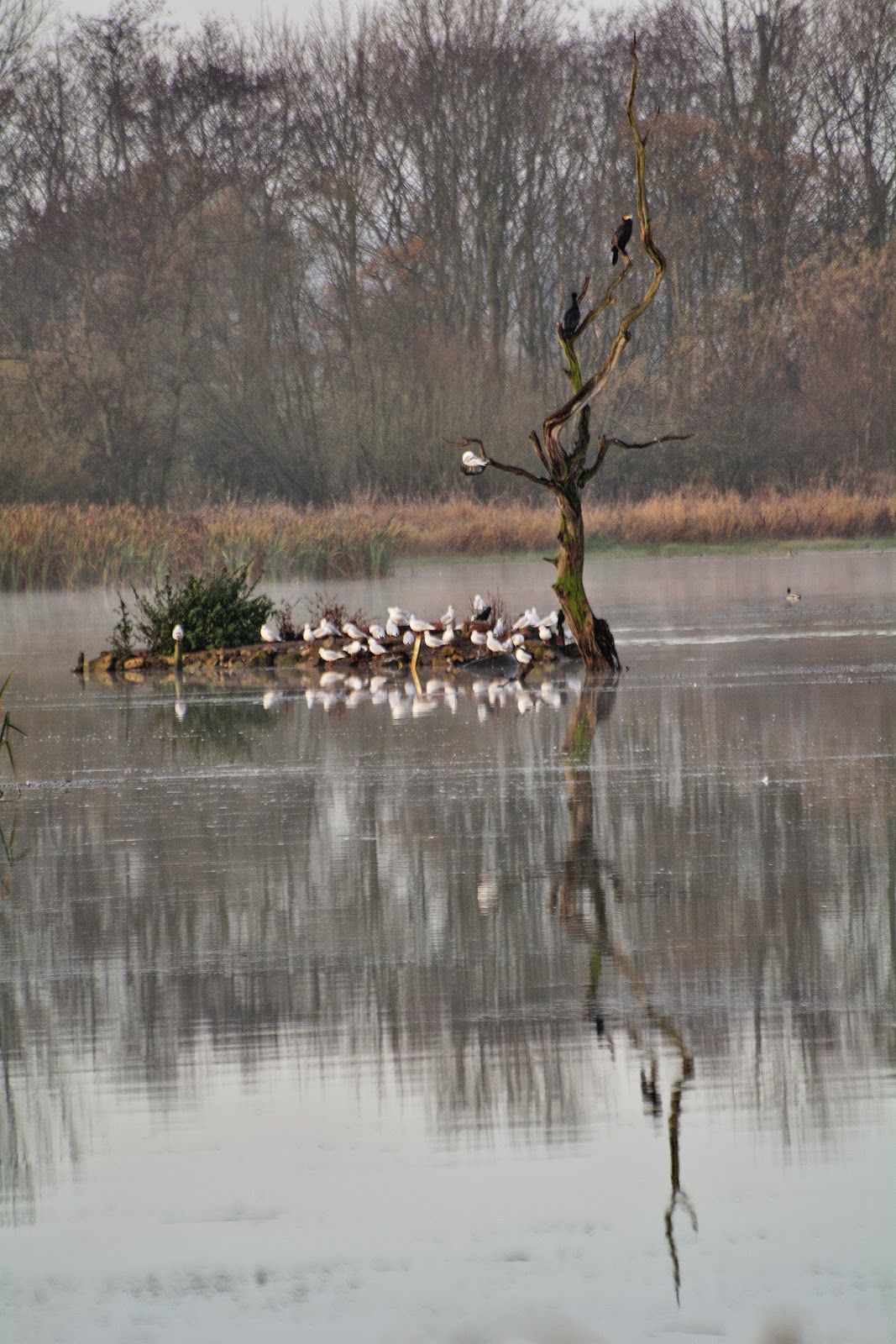 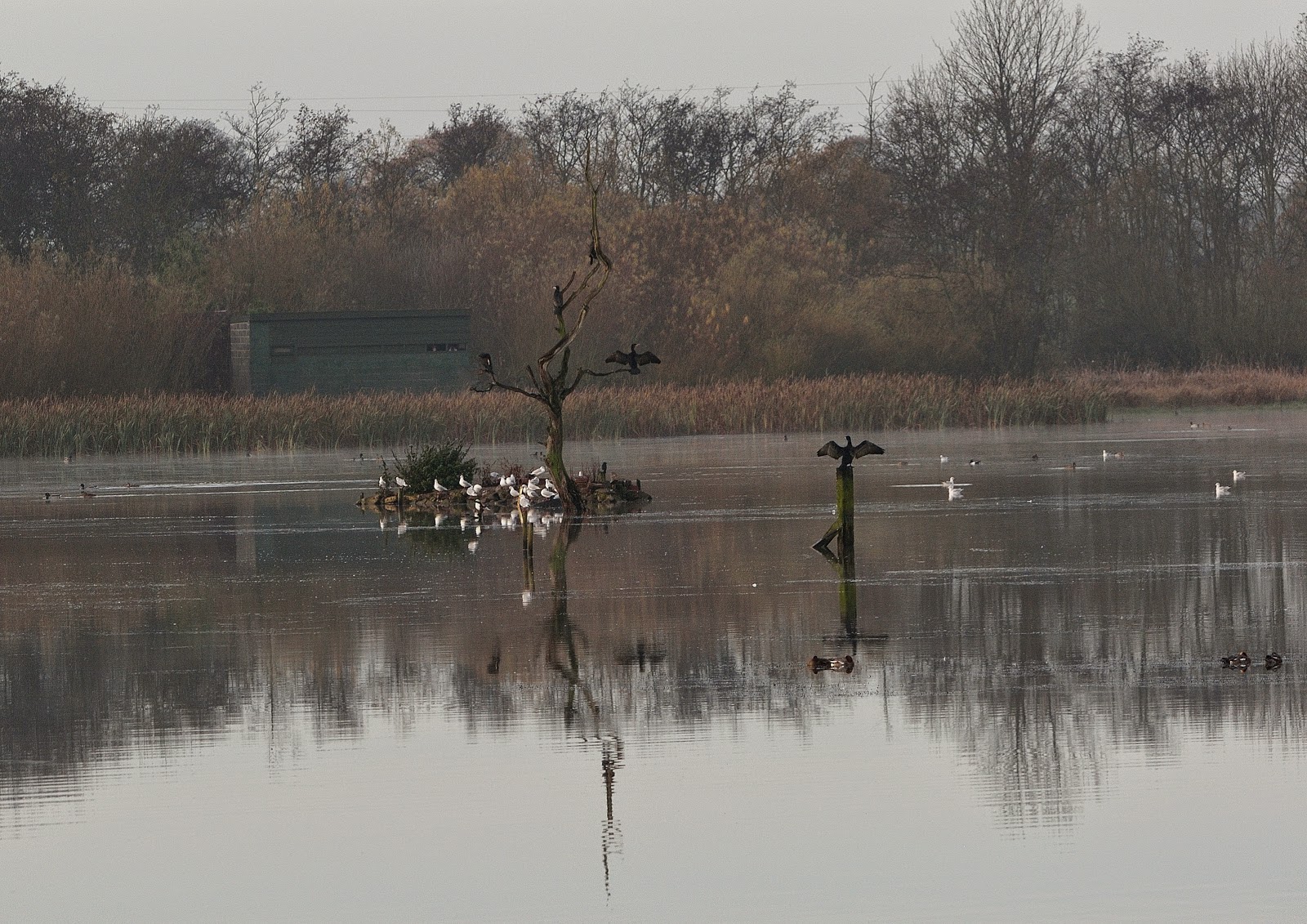 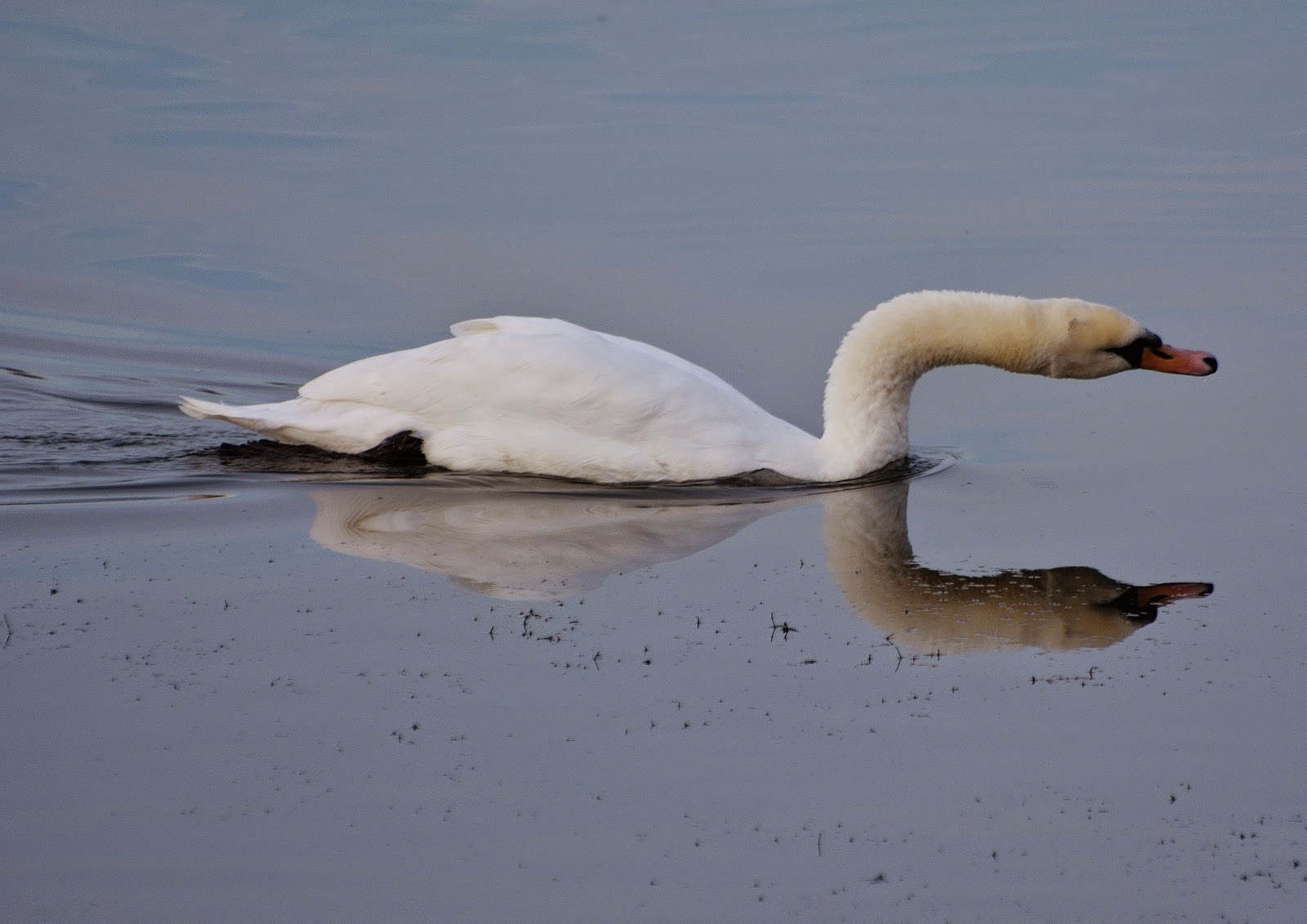 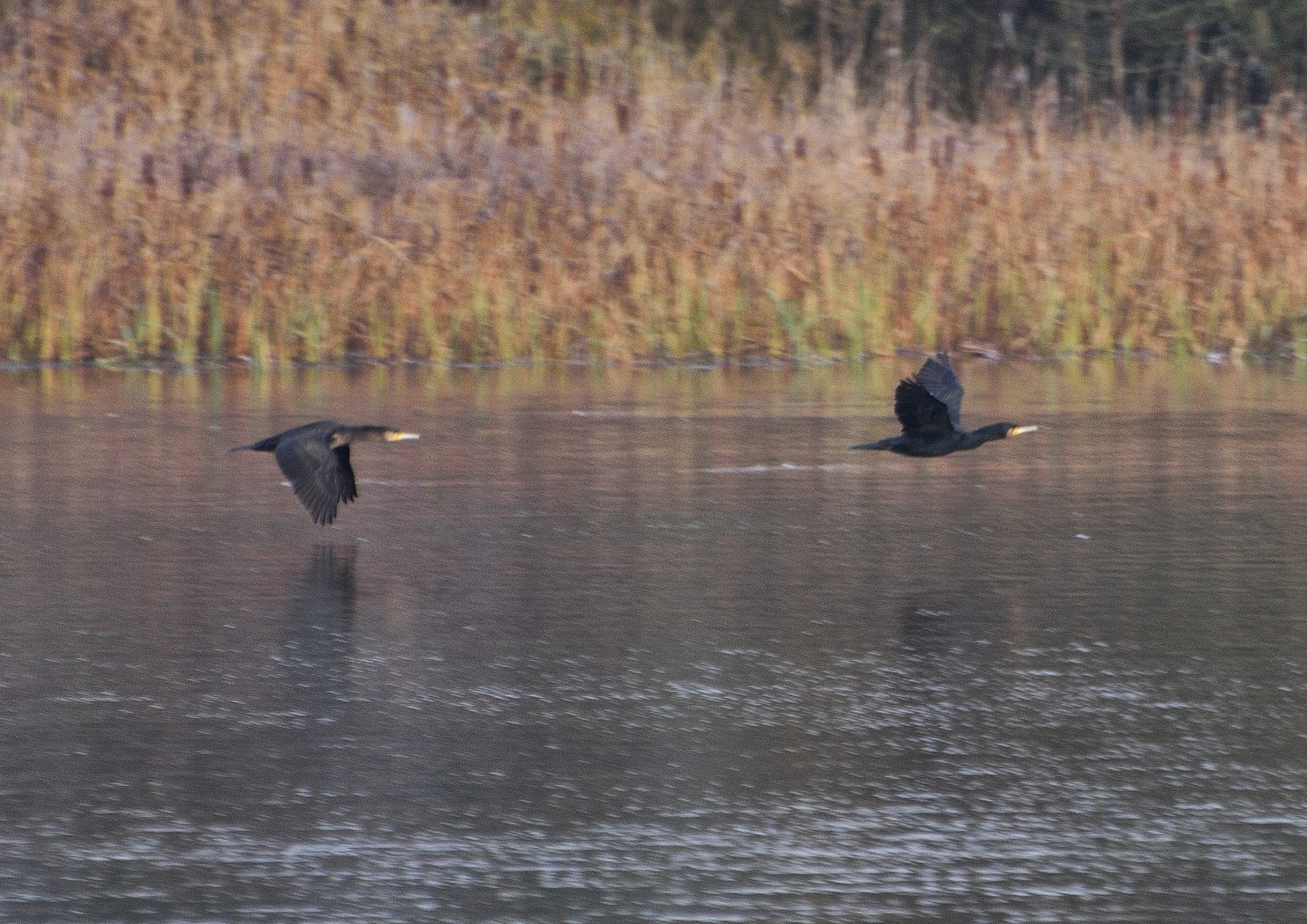 A Buzzard being perpetually harassed as it goes about it's business 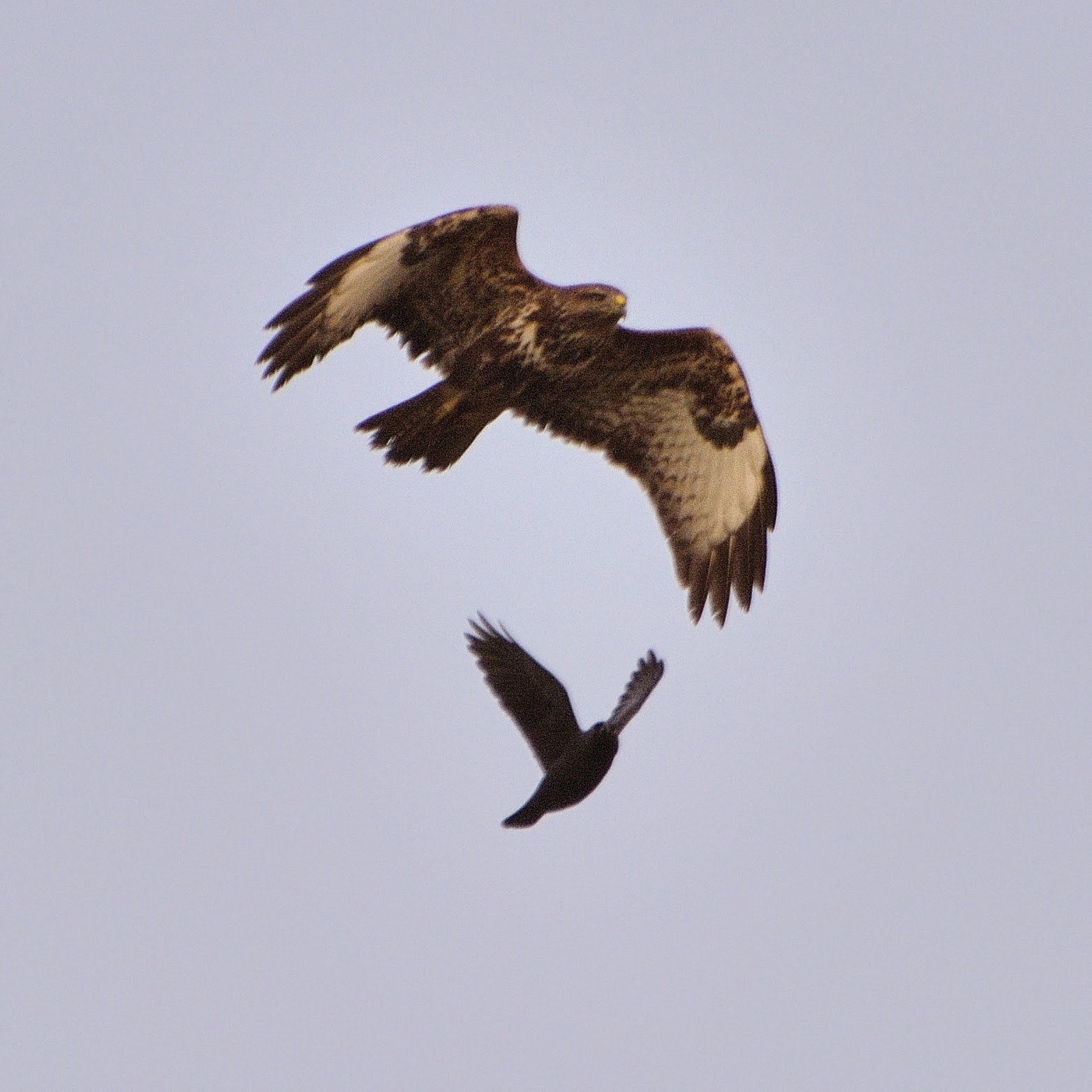 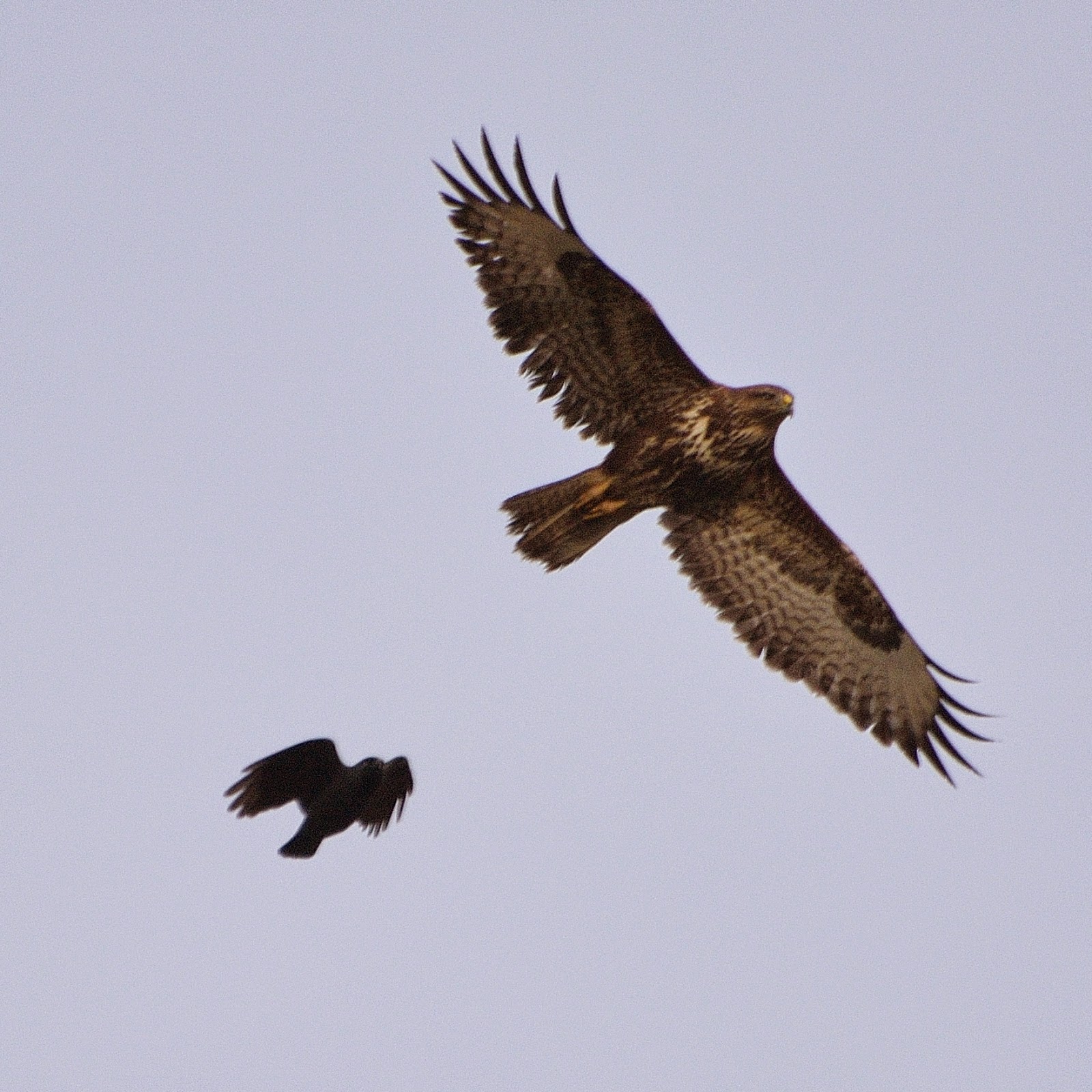 A flock of Long-tailed Tits gave us some delight as they made their way through the hedgerows when we were out walking.  Also saw a small flock of Siskin along with Chaffinches and others at the same location. 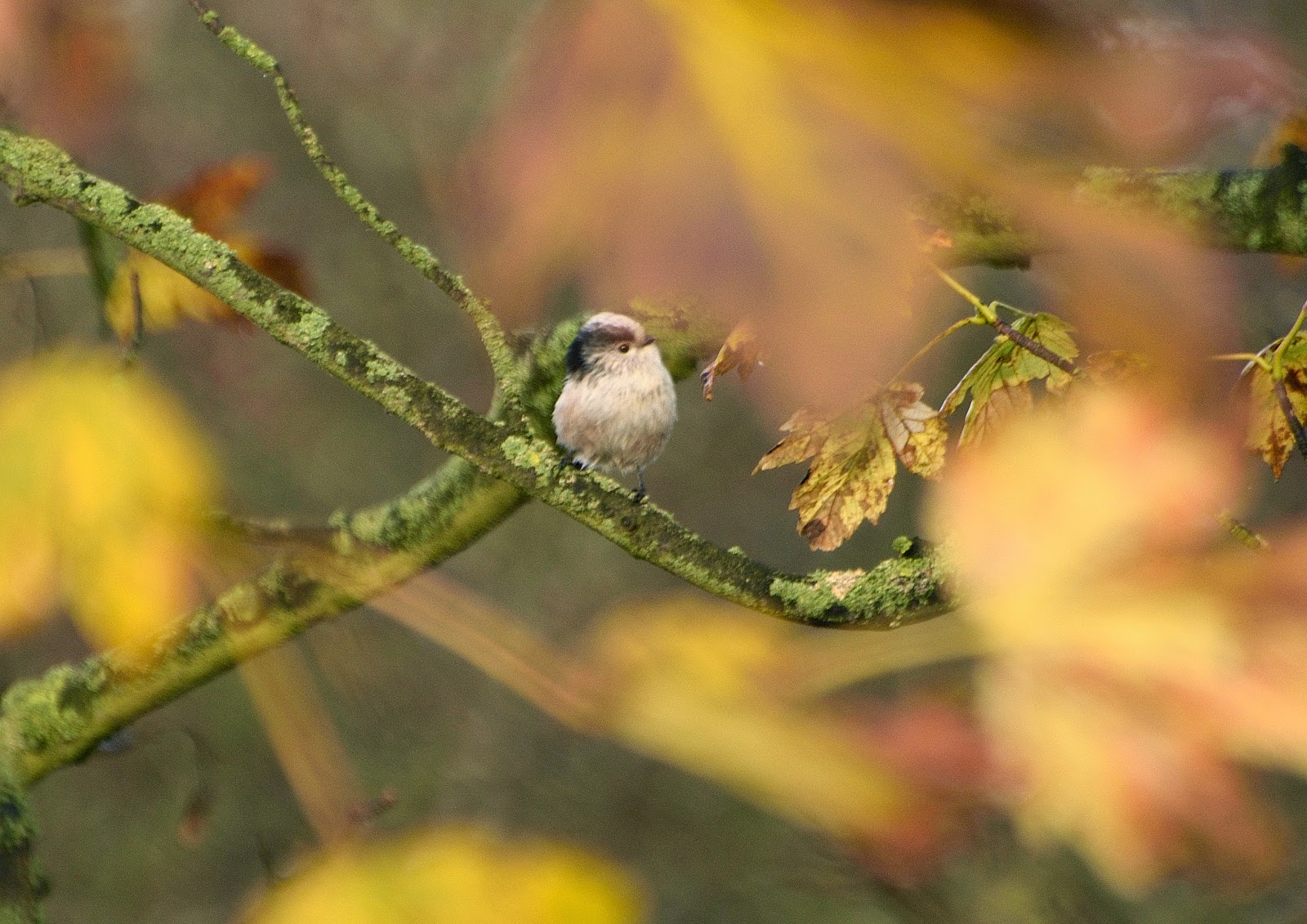 Still on my hunt for a great Shoveller shot. 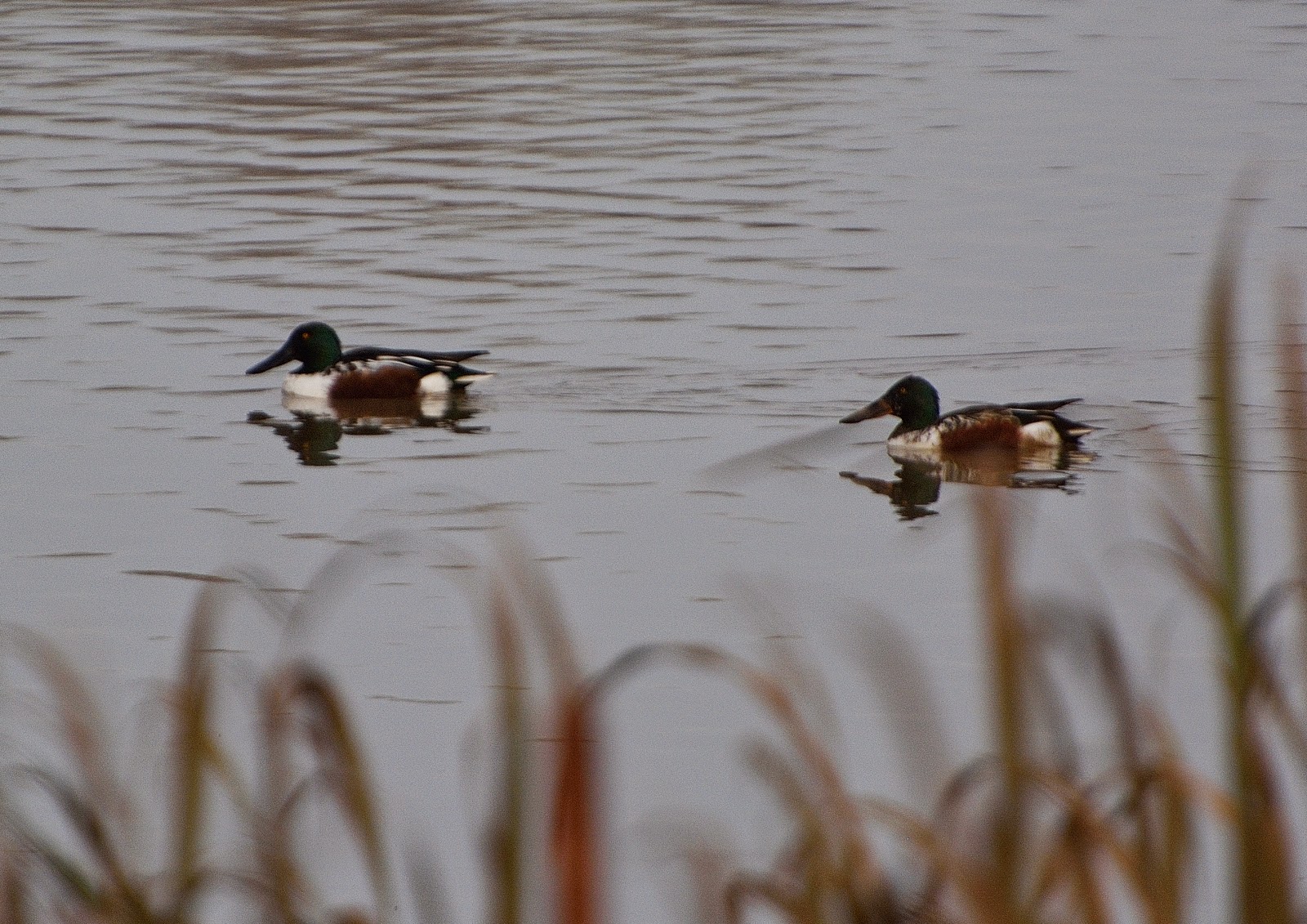 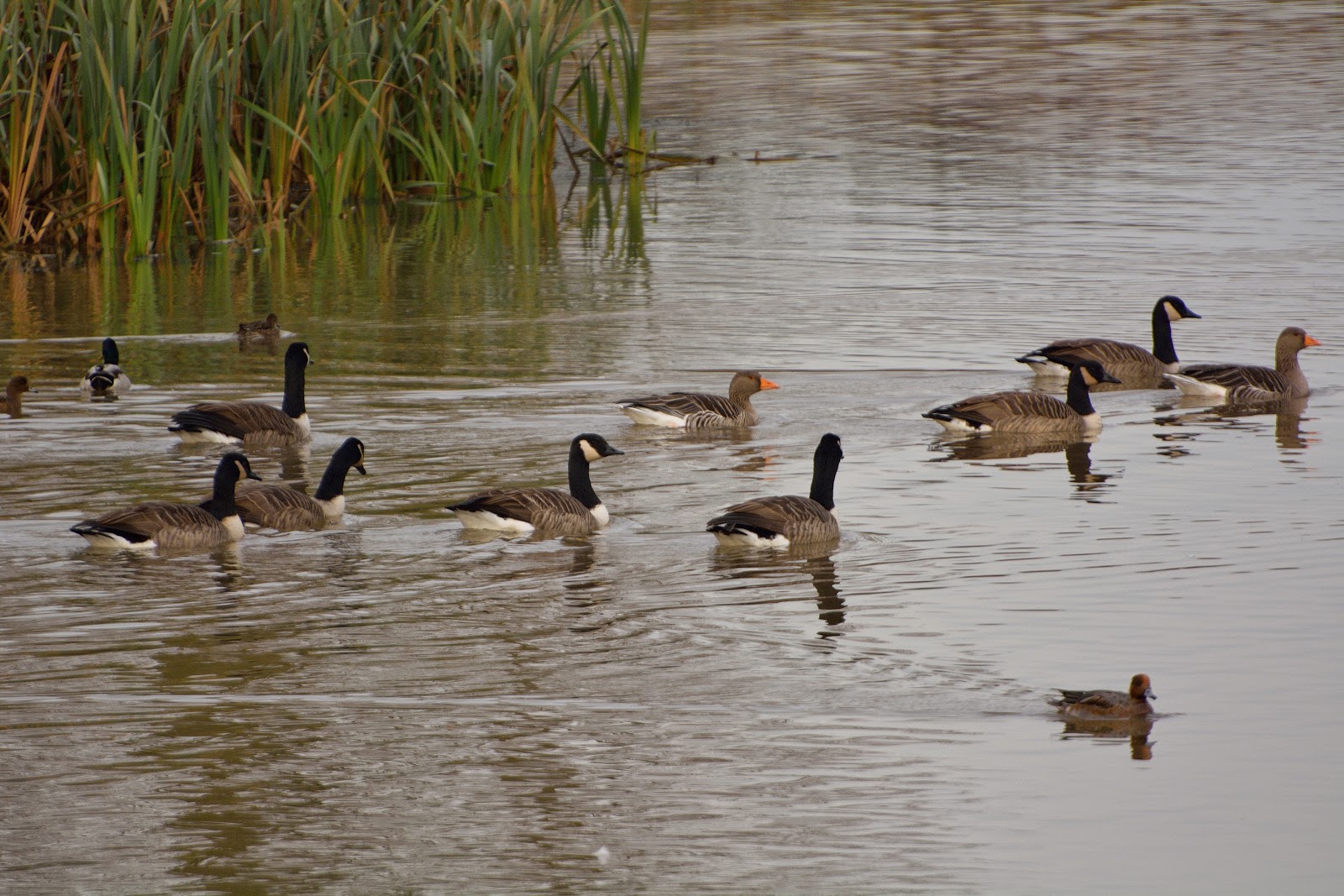 Howdon Wetlands
Saturday Morning I nipped down to Howdon Wetlands to fill up feeders and have a quick look round as I had promised to spend the day with Carole, I was back by 9 so that was my days birding.  Its beginning to fill up a bit with a 100+ Teal seen this week and 100+ Redshank flitting between the Dock and Wetlands.  A couple of Snipe, a few Reed Bunting, Tufted Ducks, a few Curlew and the Grey Herons into double figures were also hanging around.

The Teal being skittish as normal 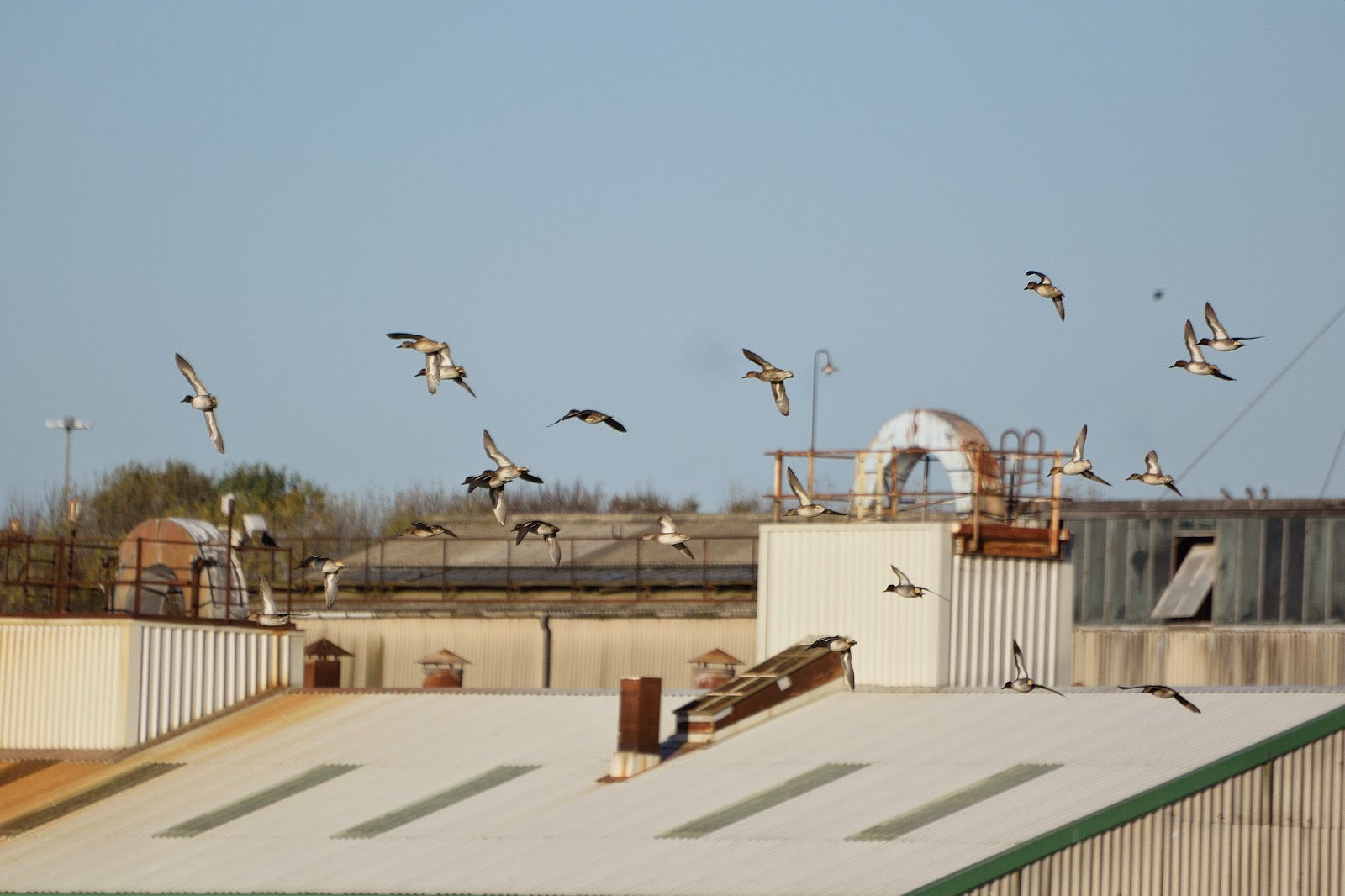 Redshanks in the Tyne Dock area 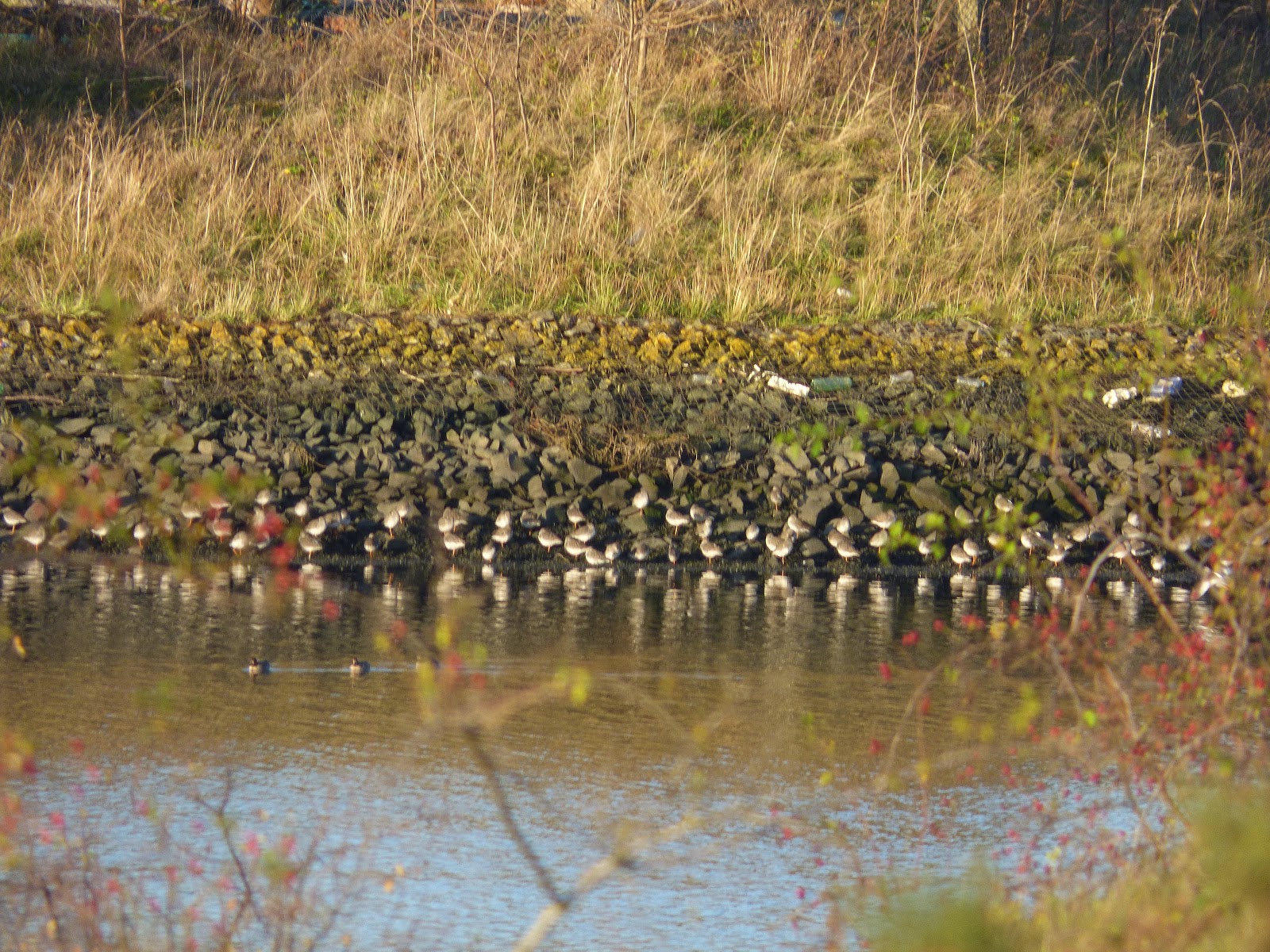 Snipe by the Large Pond 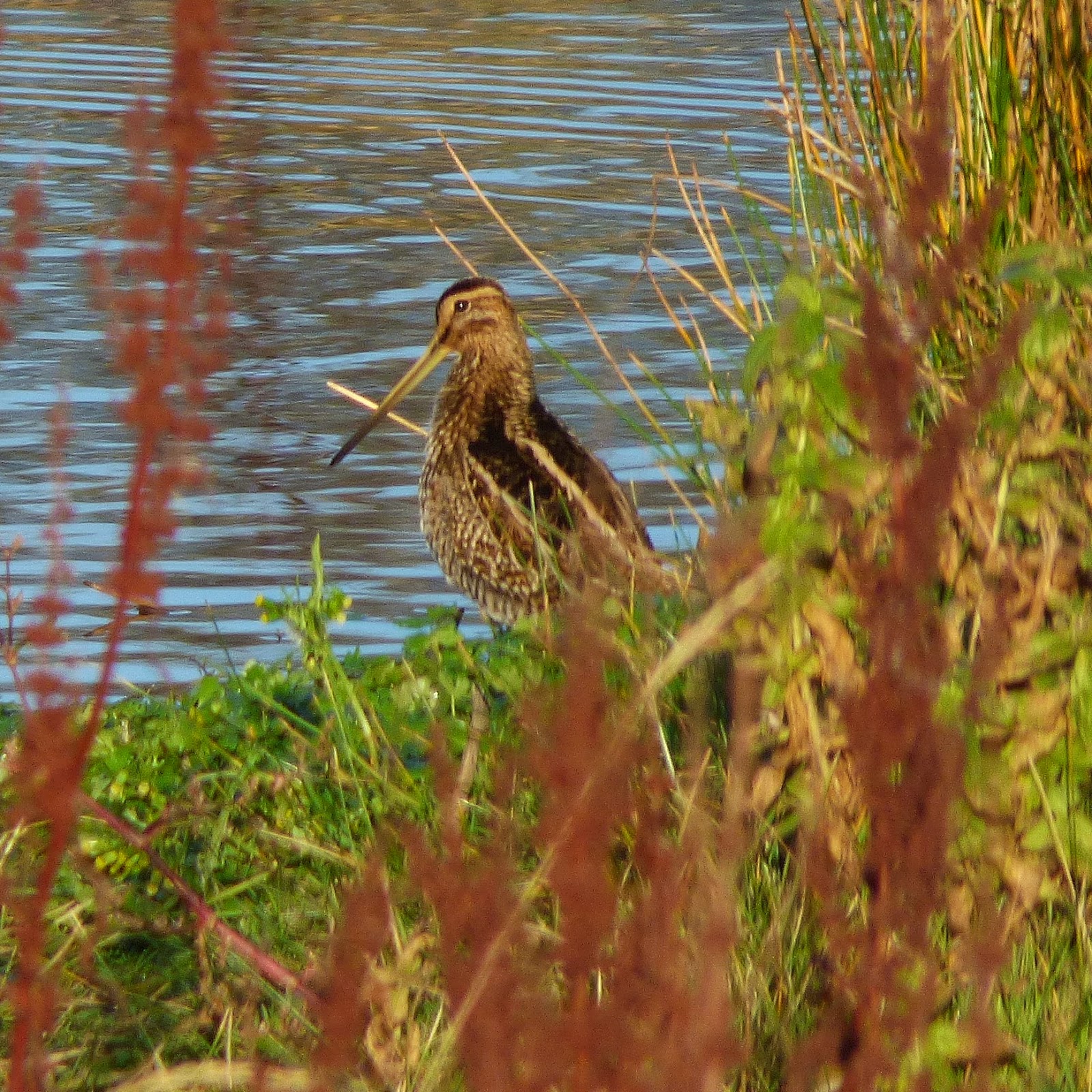 Wren right in front of the hide (again) 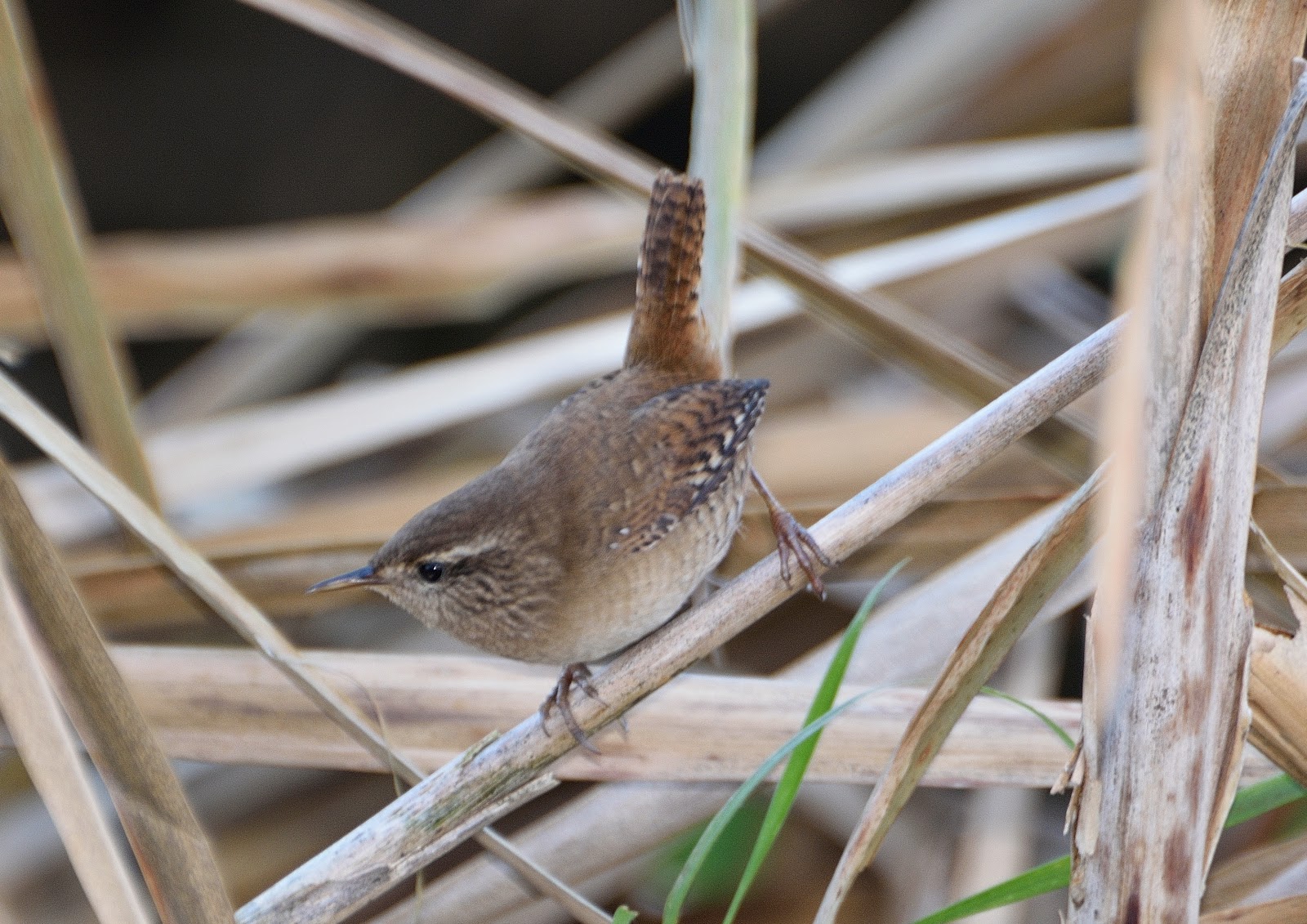 Teal settling down on the pond with a Tufted 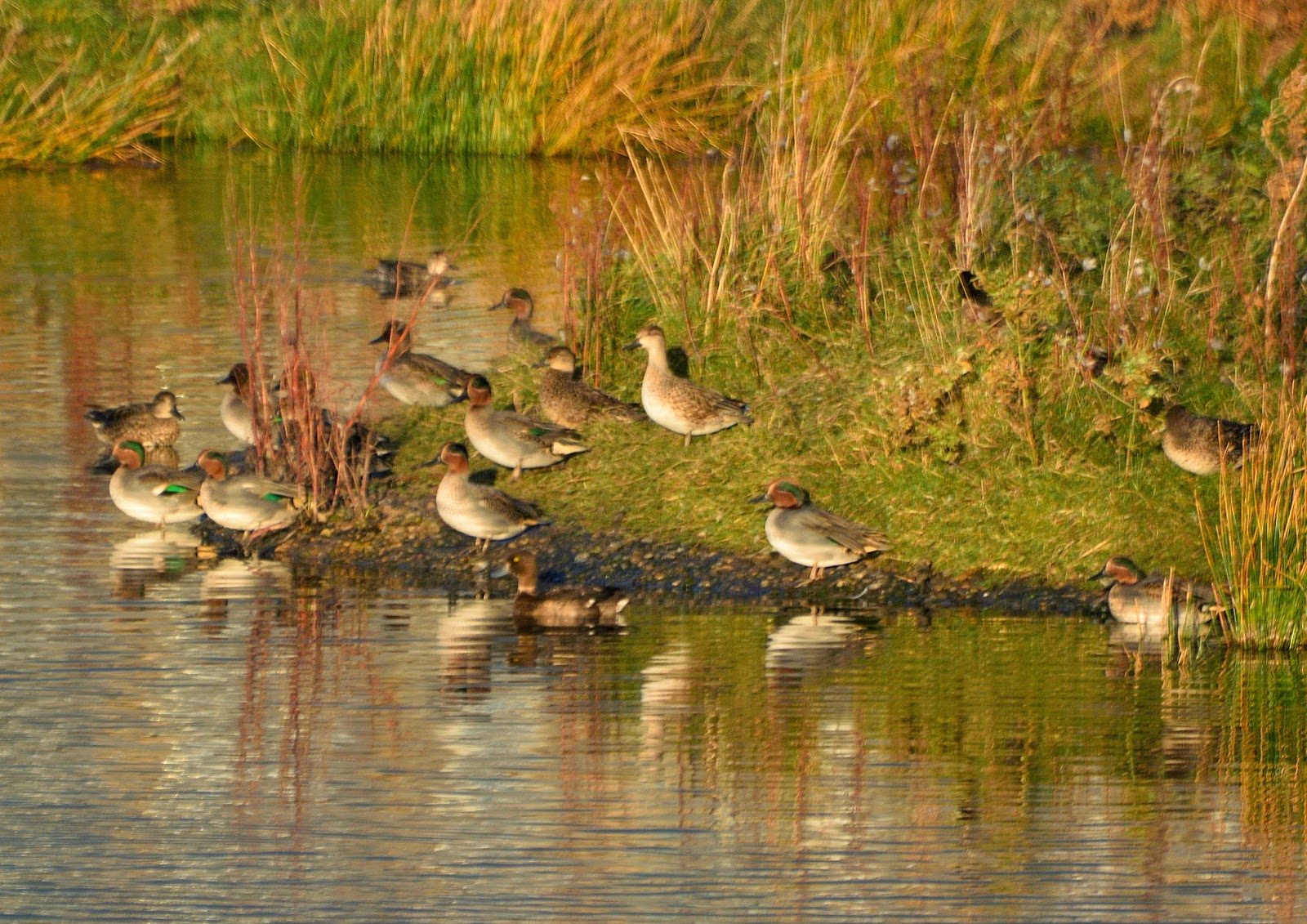 Now I know its too late for one of these but if you look closely it is completely covered in cobwebs and has been there for at least 2 months in the Ground Floor section of the hide.  I was tempted to give the place a brush out but there are some great looking web formations (bit like my shed at home) 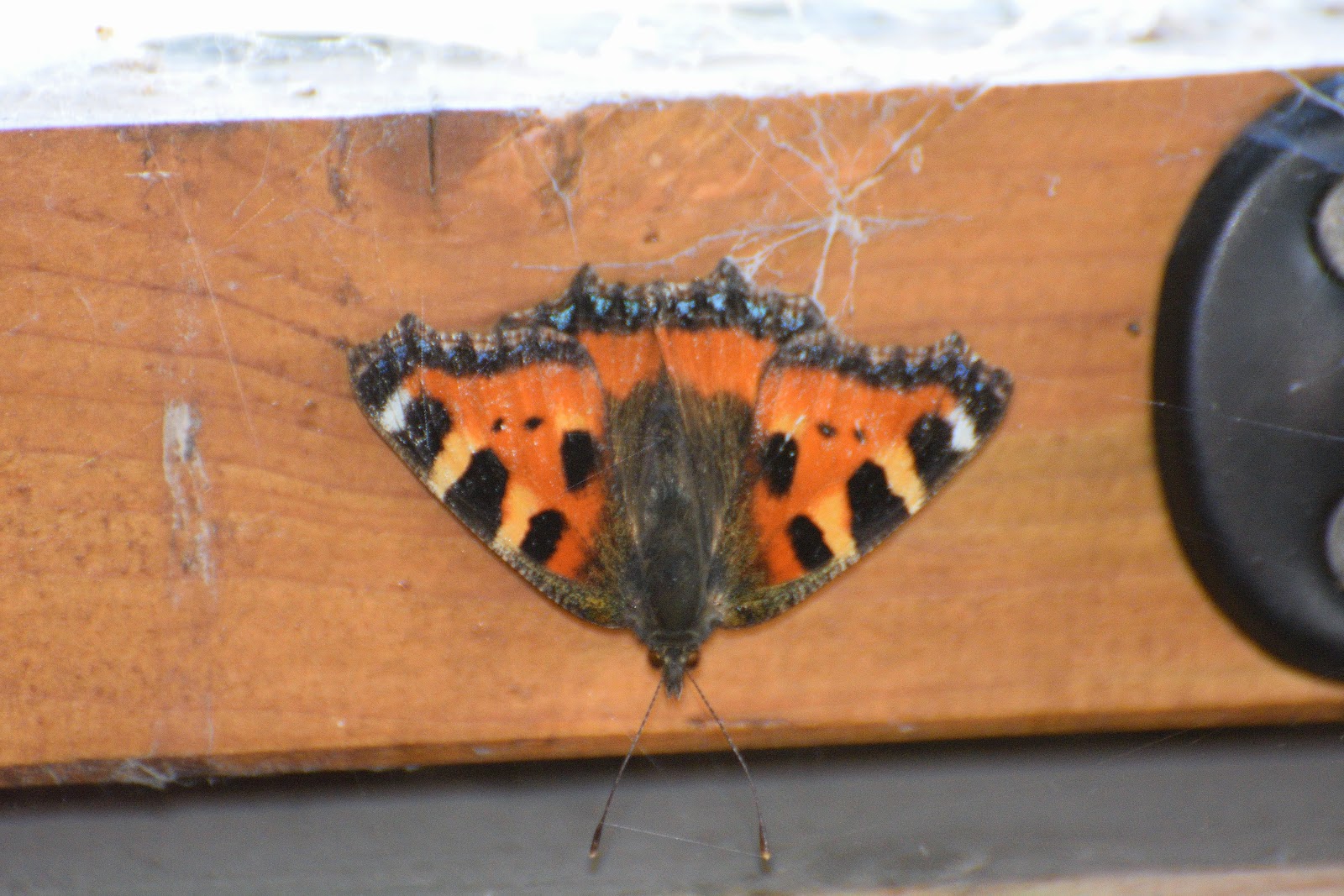 Big Waters
On Sunday the normal walk round Big Waters, although today we did the long one for a change as the weather was a bit better than the last few weeks.  It was a good start to the month with 60 species in a few hours including a Big Waters Lifer, a Merlin which tried to take a Skylark, failed and then headed off towards the pond.   Great walk around with the guys with the normal fascinating banter but the percentage of banter about flying objects which are non warm blooded and non vertabrate is slightly on the increase.  So here are a few pictures from the day.  A small flock of Lapwing which flew around for a few minutes but didn't come near the North Scrape possibly because the Sparrowhawk had just been zipping through. 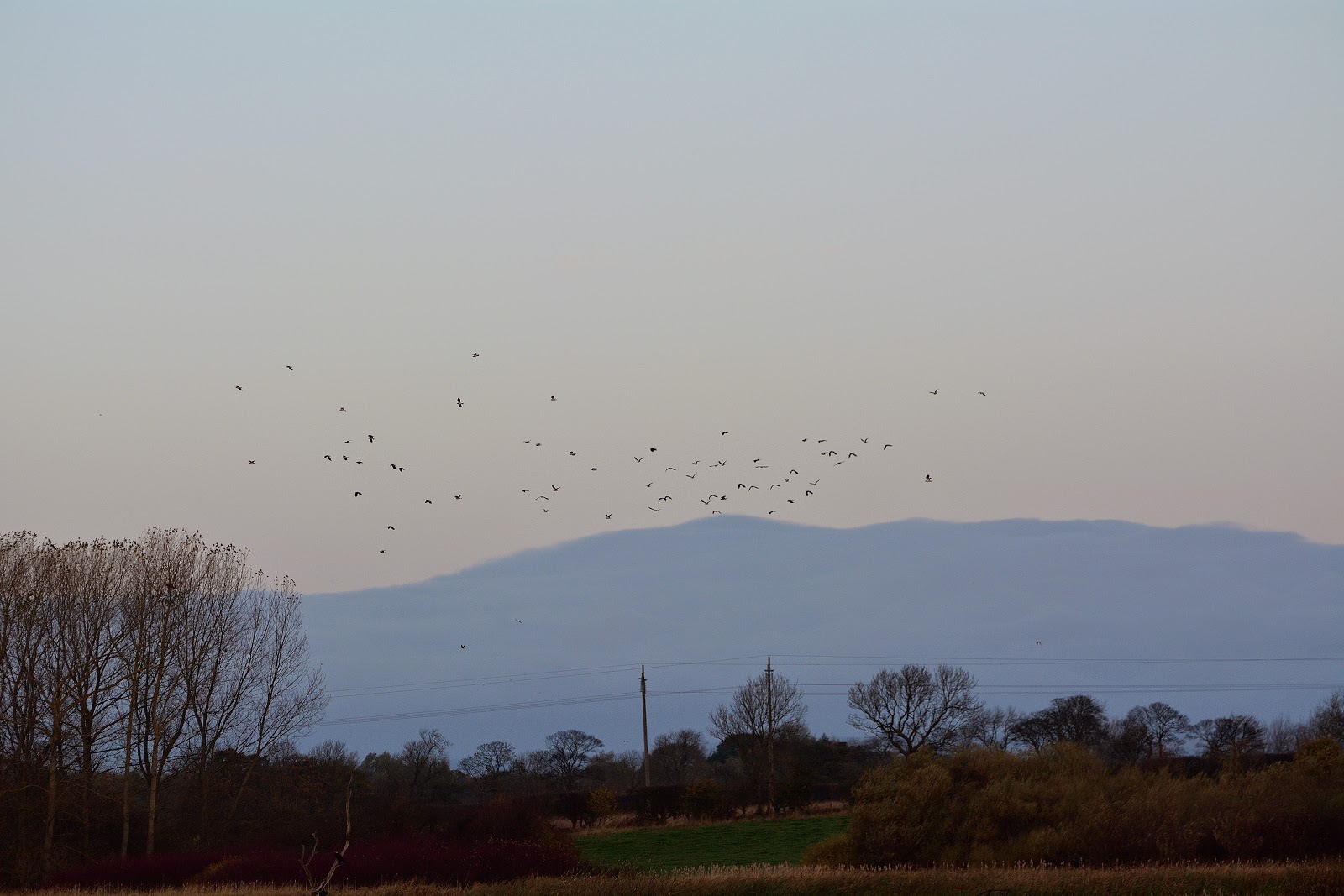 One of two Jays that were in the field next to the entrance of the reserve
Getting a decent picture of these has been added to my list, just under Shoveller. 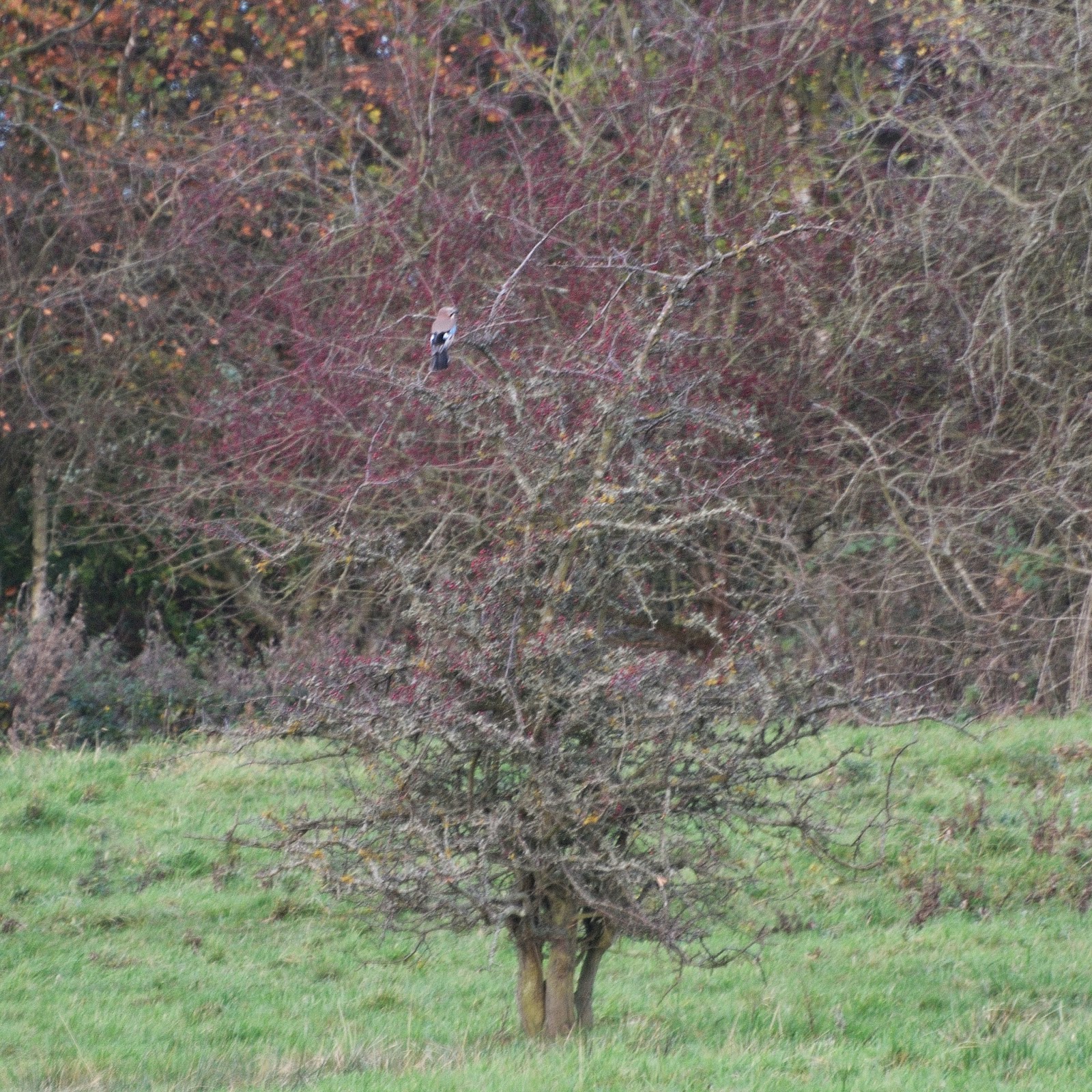 First shot of Redwing for quite a while 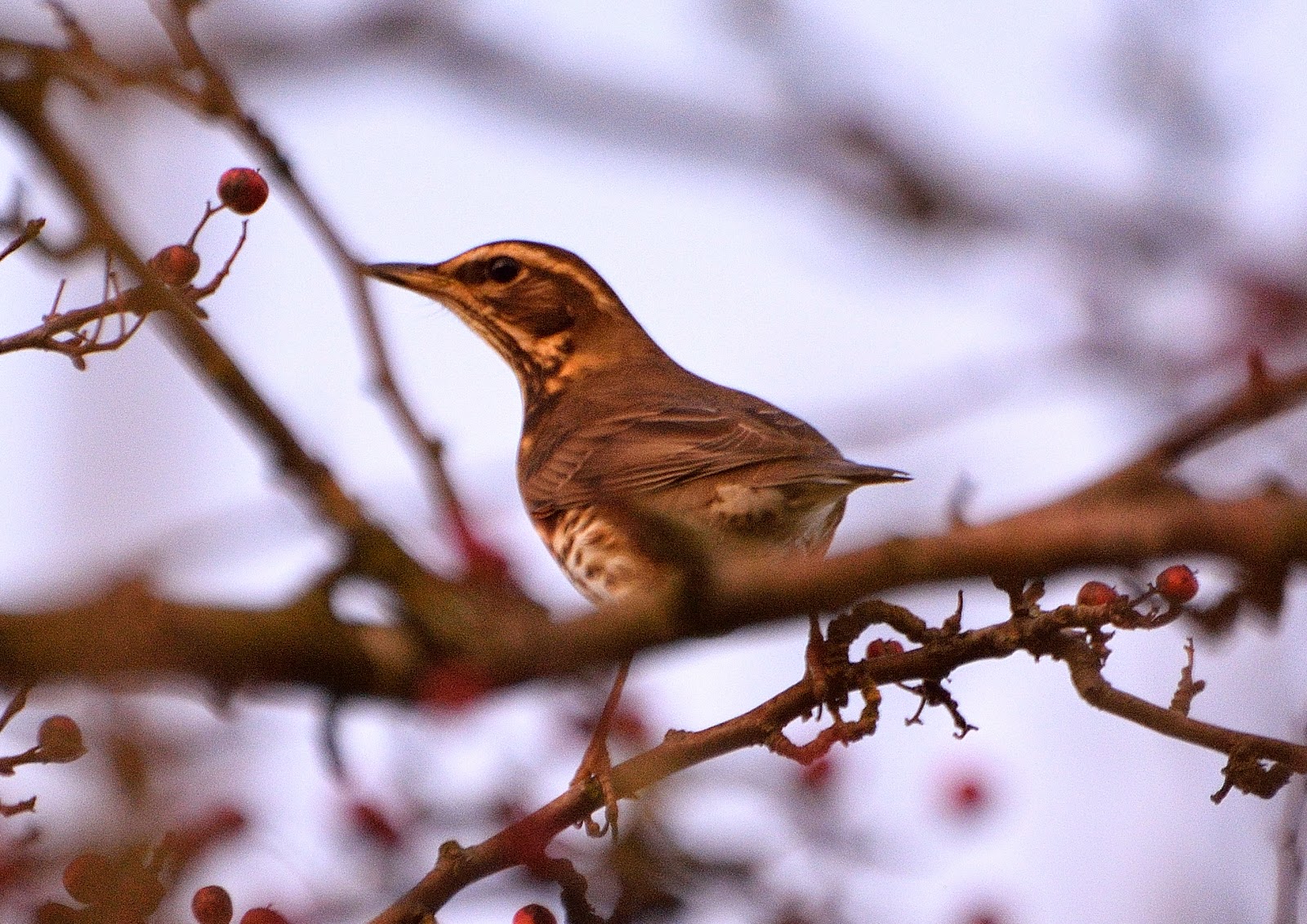 Now that the leaves are vanishing this picture was taken in a hedgerow we pass by
every walk only about 4-6inches into the hedge yet we have never seen it previously.
The locals A&I (Alan and Ian, not Artificial Intelligence hmmm.....) cast their opinion
on what it was but after looking at pictures of both Bee's and Wasp's Nests I am still
not sure 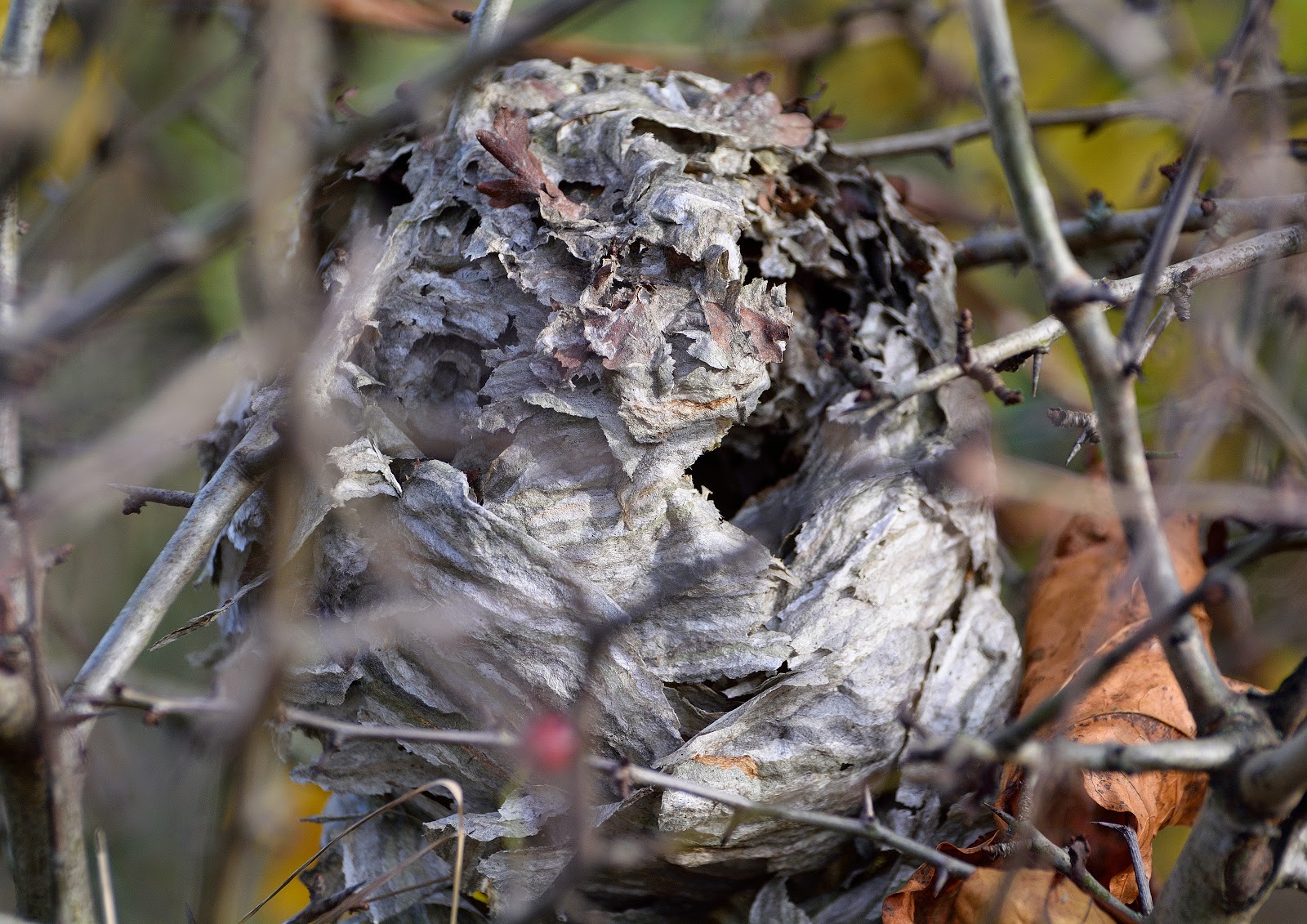 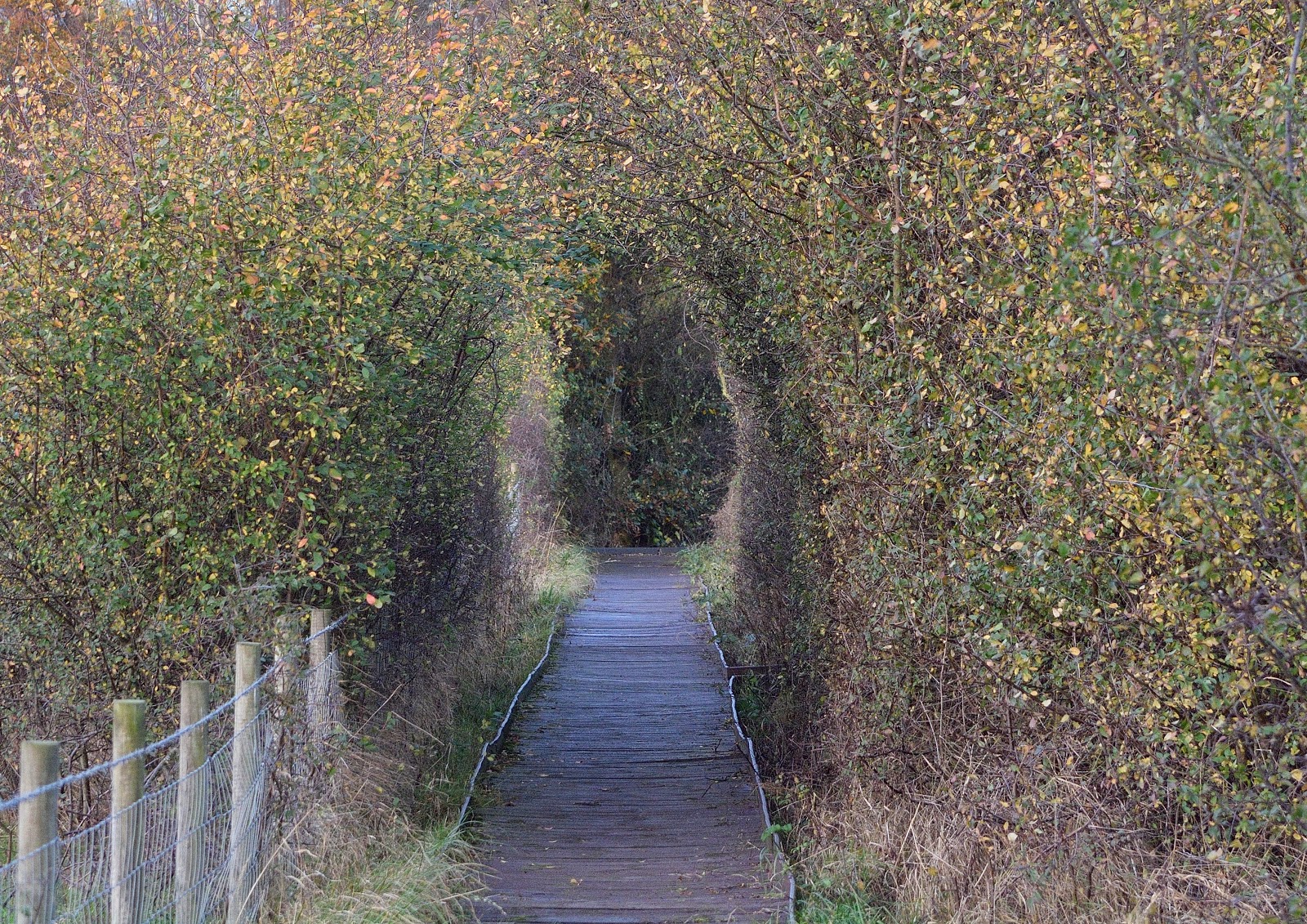 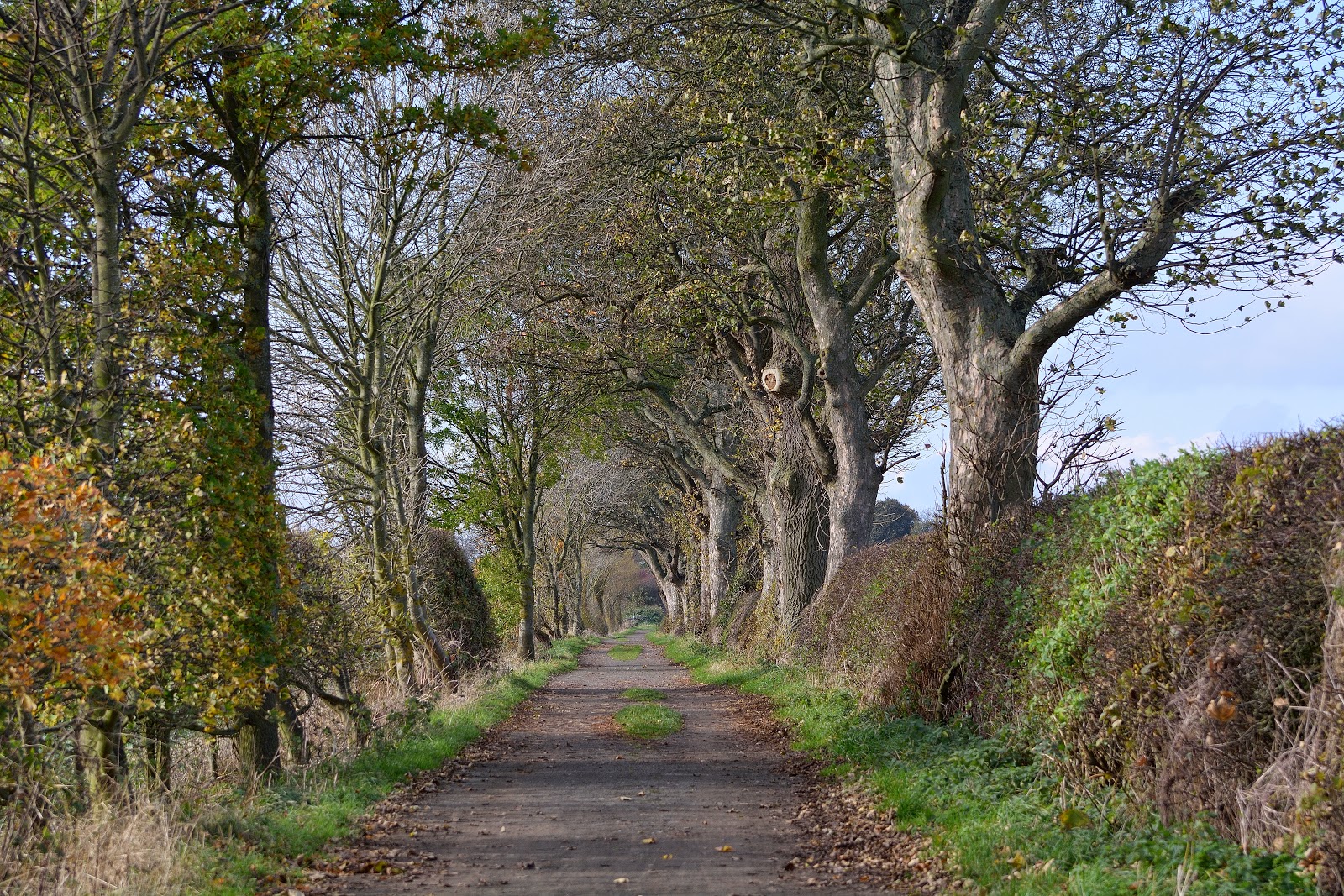 73 Greylags coming onto the Pond (go on, I dare you to count them) 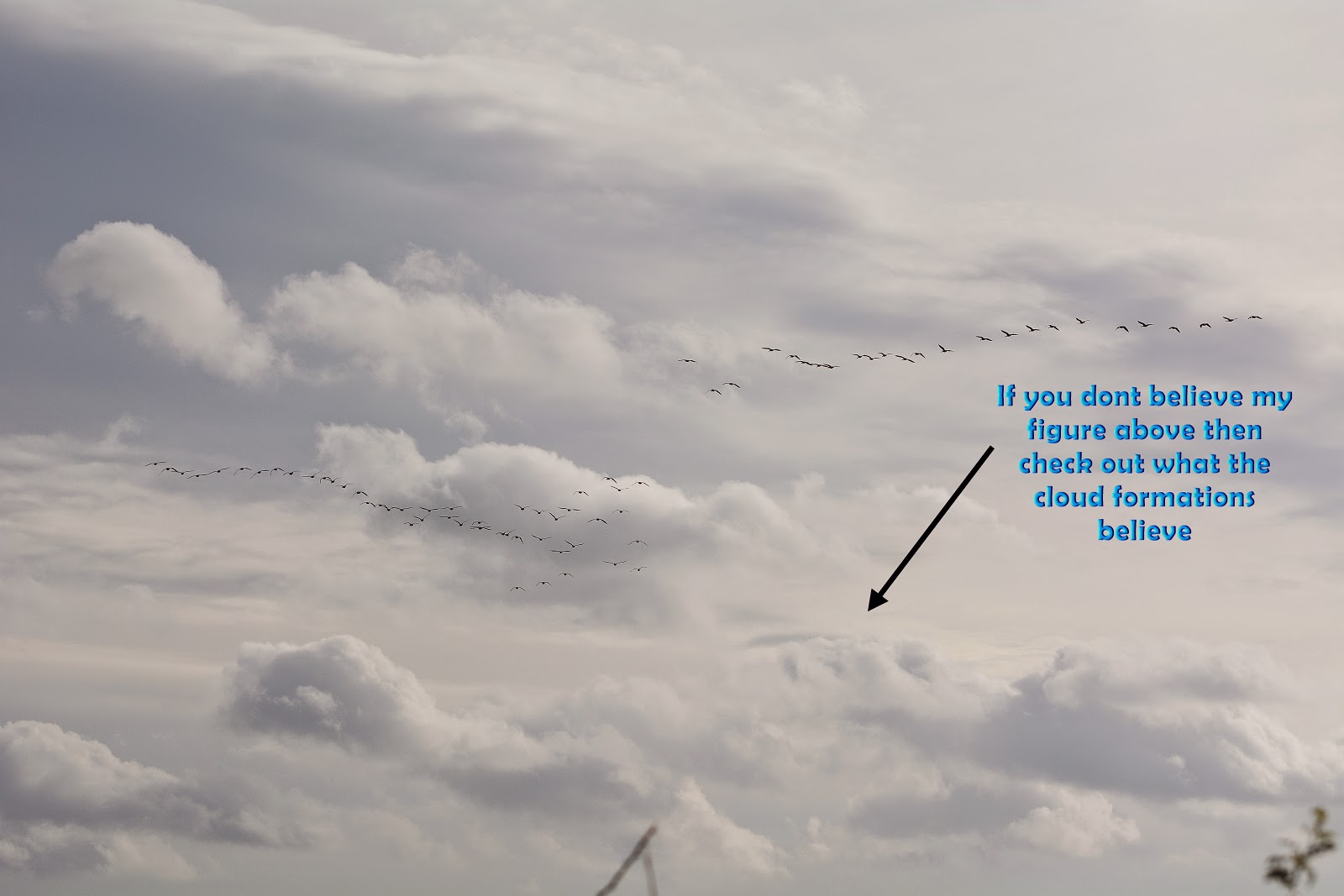 One of those non warm blooded, non vertebrate, I haven't identified yet 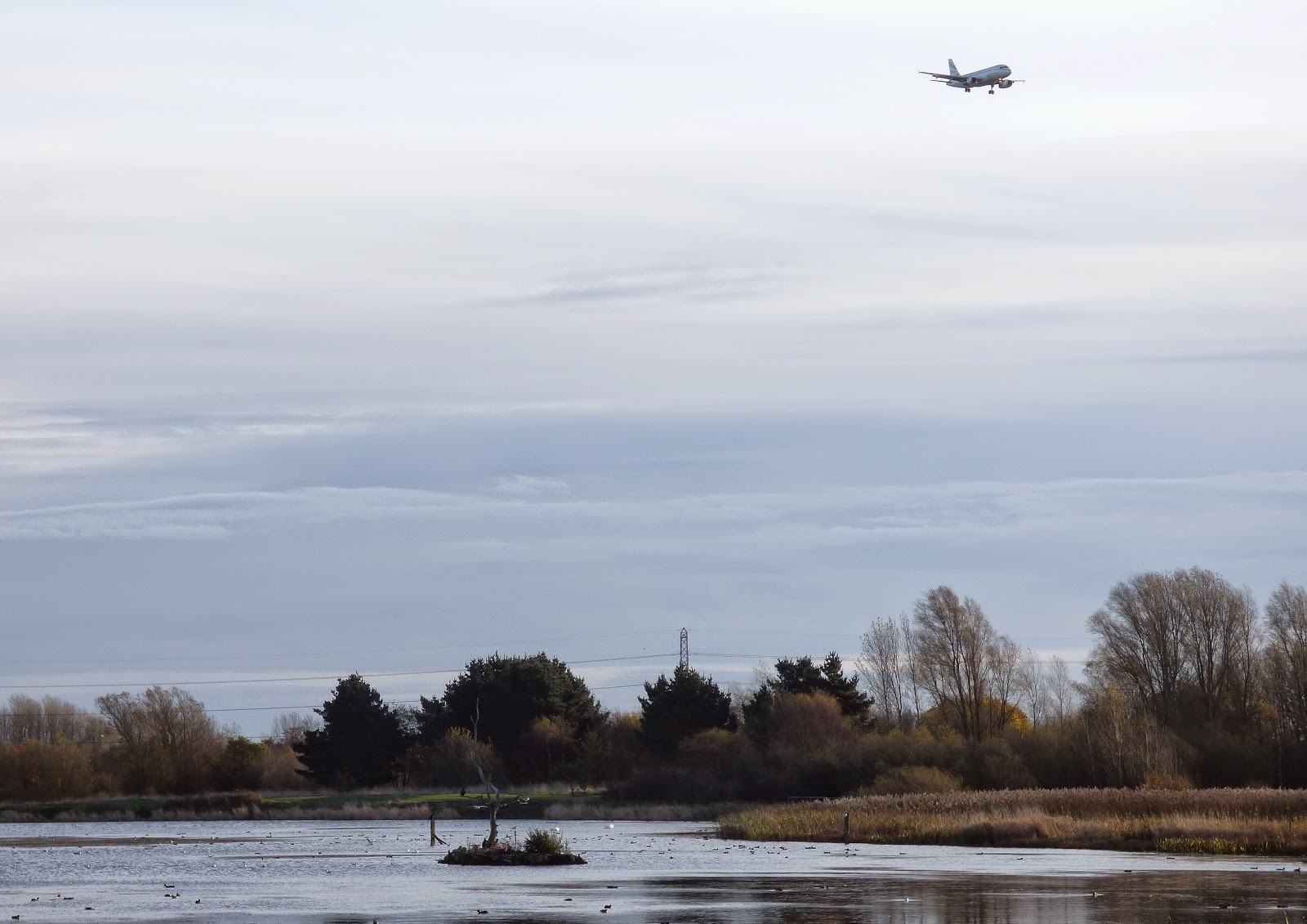 Because of all those suppression rumours that have been going around I sneakily took a photograph of the Big Waters Secret Log Book to show to the public, unfortunately it is self redacting when a camera is pointed at it so if anyone wants to know what is in it then have a look yourself and don't forget to write in what you see 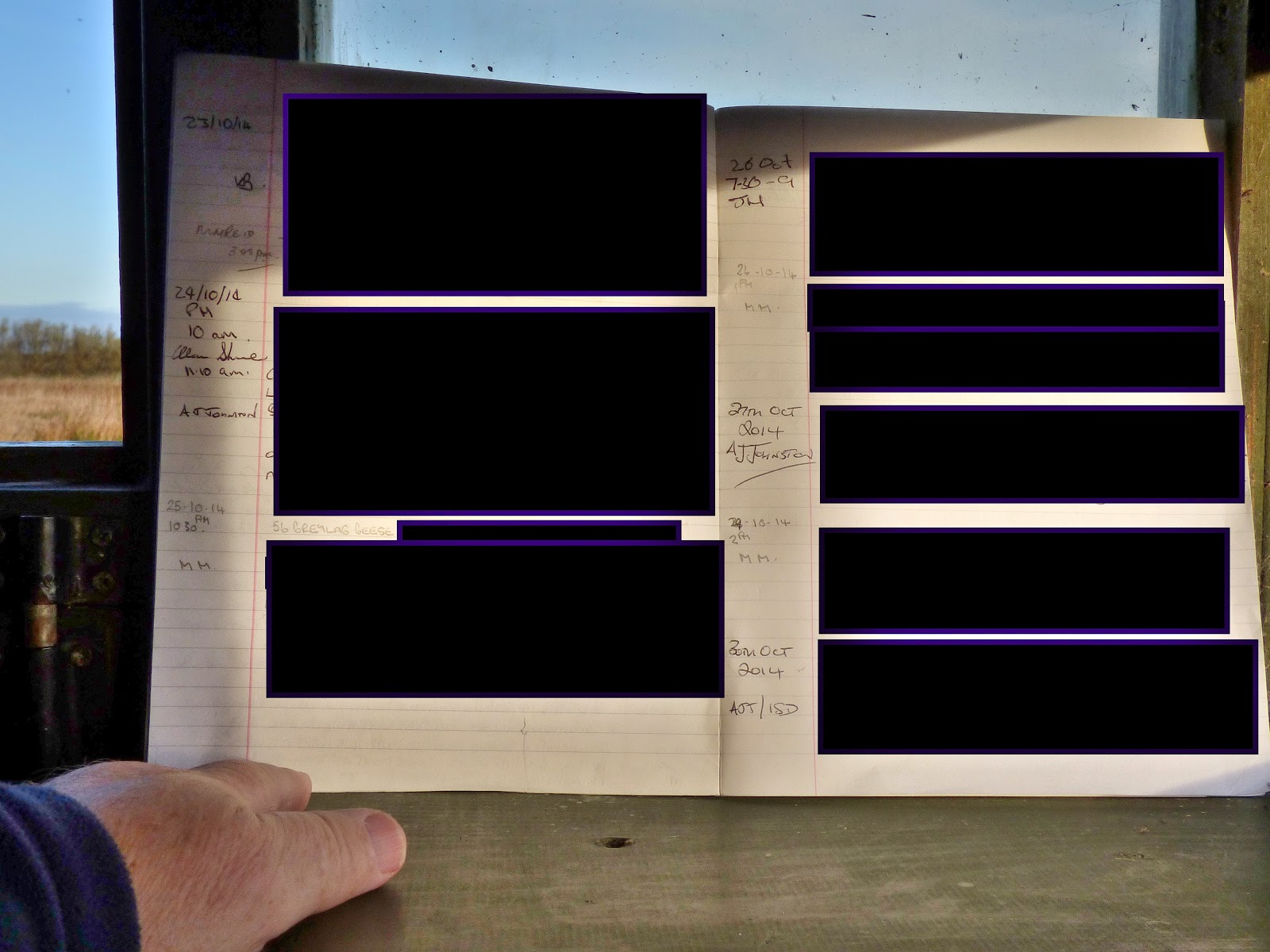 The only reason I am writing this earlier than usual as after Alan dragging me myself around the BIG WALK on Sunday I am not feeling too good and for the first time in years I have taken a couple of sick days and the lovely Carole who is just recovering (cos she has passed all the germs onto me) from the same thing is bringing me copious amounts of pills and potions and mugs of hot steaming Tea in my sick bed and switching off the laptop, which I have been prodding with one finger, when I fall asleep.  She is just paying in kind for all the time I spent looking after her when she was ill (which no doubt she would have told you about if she blogged)cos I am such a suppaaaa hubbie.


Stage Directions:  Sick Person reaches over to bedside cabinet, takes a sip of Lemsip, supplied by wife who looks ravishing despite looking after Sick Person then he places head onto pillow and wife tucks him in.
Camera Direction: Pull back slowly unfocussing then cut (Bit like some of Sick Persons pictures)
Posted by HowdonBlogger at 07:59:00 No comments: